From Texas to Morocco – A Call for Leadership 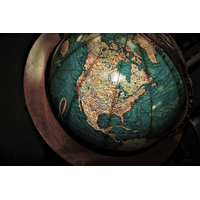 This week our attention moves from Texas and the eulogies for George H.W. Bush to Marrakesh, Morocco and the signing of the U.N. Global Compact on Refugees.  If there was a connecting point between the two events in successive weeks, it would come from one word in the tribute that Brian Mulroney, the former Prime Minister of Canada, paid to his American counterpart and friend.  After finishing off a list of Bush accomplishments, Mulroney said “There is a word for this: it is called ‘leadership.’”

Then, as now, nations around the world look to the U.S. for leadership.  In November of this year, 176 countries in the General Assembly approved the text of the Global Compact on Refugees.  After two years of negotiations, including participation from non-governmental organizations such as the Peace Corps Community for Refugees, the compact lays out, in formal language, aspirational goals for how countries can work together to address one of the fundamental challenges of our time – the dislocation of millions of people from their homes, due to war, famine, climate change, violence, oppression.  Only one country opposed the resolution – the United States.

As a result, with the formal adoption of the compact to take place this coming week in Morocco, the U.S. action has given cover to another dozen countries to reject the compact, all playing on the same base fears of “invasions” and societal change for pure political gain.  Never mind that the compact is non-binding, or that the compact explicitly recognizes each country’s sovereign right to enact its own laws and pursue its own programs.  Never mind that some of the arguments against adoption are willfully or ignorantly misinforming their publics as to the compact’s language.

It’s eminently clear that there are clauses in the Compact that are in the U.S. national interests.  The Compact lays out new approaches to prevent mass migrations, that assist countries in hosting refugees and that create mechanisms to respond quickly to crises such as the Rohynga exodus from Myanmar or the life-threatening crossings of the Mediterranean in 2015-6 that initially spurred countries around the world to prepare a response that became the Global Compact.  The tragedy is that the mechanisms for cooperation provided for in the Compact could even be triggered to address the caravans of asylum seekers from Central America.  Responses like building a wall or separating children from their parents are the preferred path, even though they have done nothing to prevent the next caravan from taking off.

It’s not the first nor will it likely be the last example of abdication of leadership by the U.S. under the current Administration.  The thread to hang on to comes from ordinary Americans who reject these policies, who race to the border to help, who take to the courts to prevent such inhumane and immoral practices or who elect Ilhan Omar, a Somali refugee, to Congress.   Ordinary Americans like the 29 members of the clergy in my home in the Berkshires who signed on to a letter last week, “joyfully embracing and welcoming the stranger, the alien, the refugee, the immigrant and the asylum seeker.”  These are our “better angels,” an Abraham Lincoln phrase that was also cited at last week’s funeral for George H.W. Bush.

Here’s a prediction.  The U.S. will sign on to the Global Compact, not this year and maybe not next year.  We will once again take on the mantle of leadership and live up to what our friend and neighbor Brian Mulroney referred to in his eulogy as “the greatest democratic republic that God has ever placed on the face of this Earth.”