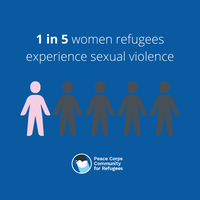 Beatris Silas Kasiba is a popular dress-maker and tailoring instructor. She goes to classes, teaches young women her trade, and lives her life on her terms. But it wasn’t always this way. Beatris was forced to flee her home in Burundi after surviving rape. She ended up at a refugee settlement in Kenya where she improved her tailoring skills, thanks to a program through the Danish Refugee Council. Little by little, she was able to rebuild her life and peace of mind. Now, she acts as a source of inspiration, strength, and advice for other women and girls at the Kalobeyei settlement and believes that providing educational opportunities for girls so that they can gain independence is of the utmost importance.

Around the world, the number of refugees and displaced persons has increased from 2000 to 2015 by 41%. The United Nations Refugee Agency estimates that 79.5 million people, roughly equivalent to the entire population of Germany, were forcibly displaced by the end of 2019. When people displaced by both natural disasters and conflict/violence are factored in, the number rises to 200.4 million people, half of whom are women. Despite these numbers, only 4% of the UN inter-agency appeals were aimed at supporting the needs of women and girls facing displacement. This Women’s History Month, it is essential to take a moment to recognize the unique challenges facing female refugees and displaced persons and to commit to working to lessen the unequal burdens forced upon their shoulders.

The problems that women face around the world are often exacerbated during times of conflict, leading to decreased access to health care, economic opportunities, education, and basic safety. The statistics are sobering; at least one in five refugee or displaced women will experience sexual violence, including sexual assault and forced marriage. The UN estimates that 60% of preventable maternal deaths occur in conflict settings. Girls in these settings are also two and half times more likely to be pulled out of school, leading to a loss in education and limiting their options later in life. In Syria, a country facing an acute refugee crisis, up to 80% of those forced to leave their homes are women and children.

Despite the many challenges that these women face, women continue to send home money to family in their home communities--money that helps their loved ones access many of the services they themselves are struggling to access--at a rate of 3 times more than Official Development Assistance. This is just one example of women being an integral part of creating change in difficult situations. Study after study has shown that investing in women is one of the best ways to positively impact a community. On a larger scale, it is estimated that refugee women could contribute 1.4 billion dollars to the global GDP. Improving prospects for female refugees has the potential to make a substantial impact in improving global prosperity overall. 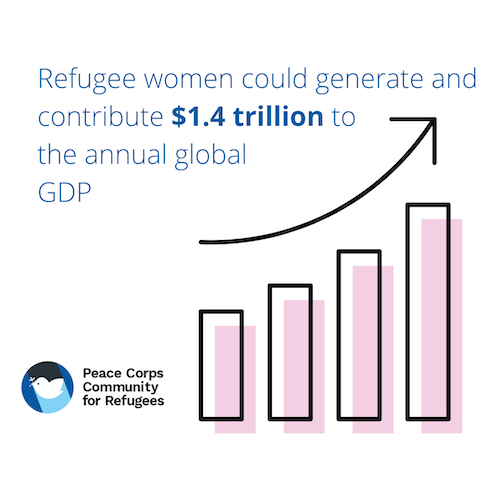 In spite of these immense challenges, there are women and girls, just like Beatris, who are overcoming the odds and persevering through unspeakable challenges. Shafaq, a 14 year old Syrian girl who was forced to flee with her family to Lebanon, goes to school with the support of a local non-profit. Despite being behind grade level due to losing time in school, Shafaq works hard to study because she wants to improve her family’s situation and help others who face barriers accessing an education. Yet she recognizes the uncertainties she faces, saying, “I am also really sad because of the unknown future waiting for me. Every day I wonder where I will be tomorrow. Yes, it’s an unknown future.”

There are a number of actions that can be taken to help support these women and girls. According to the UNHCR, one of the most important actions is to improve girls' access to an education which can be done by increasing the number of seats available for girls in refugee areas, decreasing the distance girls must travel to reach their school buildings, and adapting schools to meet the needs of girls including ensuring access to safe bathrooms and menstrual hygiene products. Students also need more female teachers so that they can connect with them and have additional strong female role models. Having well-trained teachers of all genders is another area of growth, as teachers need specific and ongoing training on how to help students from diverse backgrounds who have faced trauma, as well as how to incorporate gender equity practices into the classroom. Schools have the potential to transform communities, as they can be access points for many different families and be a pathway into providing social services to community members of all ages.

Women and girls in exile face unequal and unfair burdens, and it is up to all of us to continue the fight to defend the human rights and basic freedoms of all people.